2) Enter through [World Boss] in the [Event Hall] an the top of the screen.

3) Or click Boss on the upper-right side to enter World Boss.

4) The level of the Boss will be affected by your level. The higher your level is, the more Bosses you can challenge. You will receive greater rewards for defeating higher level Bosses. 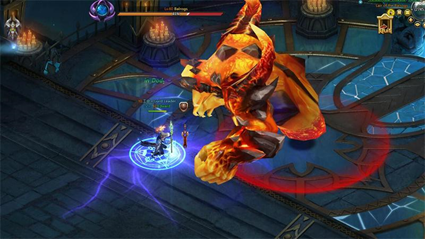 In the event, you can challenge the Boss on your own or with the help of other players.

1) Bosses of different levels will drop similar treasures. But the chances of receiving a great treasure are higher when you defeat a high level Boss.

1) The Boss will attack players when they enter its territory.

2) Players can kill other players to claim their event rewards.

3) When the Boss’ HP is below 50%, a Boss Diamond Treasure Chest will appear. 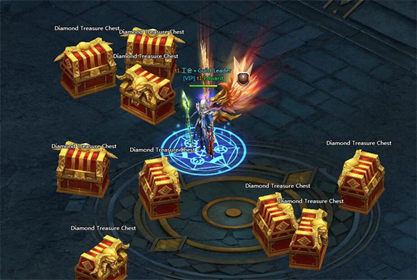 5) The boss current HP will be broadcast in the channel.

6) The player who defeats the Boss will be announced in the channel together with its rewards.